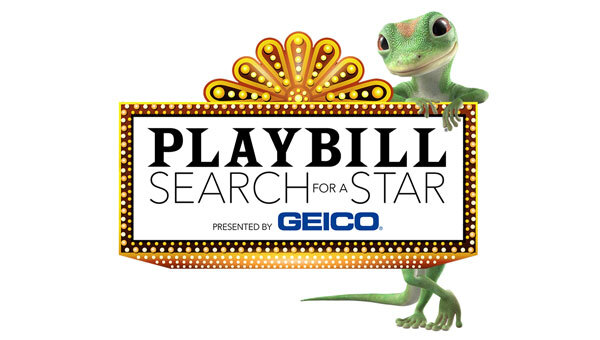 After watching hundreds of video submissions from talent across the country, the judges panel for Playbill’s Search for a Star contest chose the Top 10 finalists, and the readers of Playbill have selected a grand prize winner:

WHAT
Playbill wants you! As Broadway and theatres around the country are poised to make their triumphant return, there has never been a better time to share your talent with the world. We’re opening the doors to the audition room wide open. If you think you have what it takes to be the next big musical theatre star, submit a self-tape audition singing the song of your choice. We invite performers age 16 and up of all races, creeds, gender identities, sexual orientations, shapes, sizes, and backgrounds to submit. All submissions will be judged by a panel of experts and industry professionals, brought to you by Playbill and Broadway casting office Stewart/Whitley. Playbill will post weekly highlights from eligible entries, but only one will be crowned Playbill’s Next Musical Theatre Star.

Brian Moreland
Ninth Annual Broadway Global Producer Of The Year Winner, Board of Governors of The Broadway League, Thoughts of A Colored Man, American Buffalo, Blue

Sammi Cannold
2019 Forbes 30 Under 30 in Hollywood and Entertainment. Director of Evita (NY City Center) and Ragtime on Ellis Island. Associate Director of Broadway’s Natasha Pierre and the Great Comet of 1812

Micah Johnson-Levy
Casting assistant for Artios-winning Stewart/Whitley for Hadestown, Chicago the Musical, Rock of Ages, The Great Comet, On The Town, Pippin

ELIGIBILITY
Contest entrants must be:


• A resident of the 50 United States, the District of Columbia, the U.S. Virgin Islands, or Puerto Rico.

• 16 years of age or older; entrants who are 16 or 17 years of age will require an electronic signature from their parent or legal guardian upon submission for consideration.

• Entries made by applicants who are under the legal age of 18 that do not include parent/legal guardian permission will be disqualified.

• Entries will not be accepted from performers who have appeared in a Broadway or Off-Broadway show.

• Entries will not be accepted from performers currently under a recording contract.


HOW TO ENTER
All submissions must be submitted via the Acceptd application. (Submissions are now closed.) Don’t forget to post your video tagging @playbill and using the hashtag #PlaybillStar.

Entrants must submit a video approximately one minute in length of a vocal performance of the song of their choosing. Performers should sing a cappella or to accompaniment (live or via a track credited in the description); lip-sync performances will not be accepted. Attach the file with your video in the Acceptd form. Videos can be in the form of a YouTube link, Instagram post link, or simply an mp4 file.

WATCH: How to Create Your Best Self-Tape Audition


JUDGING
Videos will be judged by a panel of experts, including Broadway casting directors, managers, directors, and performers.

Videos will be judged based on the following criteria:


WINNER NOTIFICATION
The Grand Prize winner will be notified via email on or about August 13, 2021. The winner must respond as directed to the notification. Failure to respond in a timely fashion may result in forfeiture of the title and Grand Prize Package.


• A spotlight feature in Broadway Playbill programs and online at Playbill.com

• A one-on-one coaching with Harold Lewter

• A headshot session at Playbill Studios by the Playbill staff photographer

• A blog feature with Acceptd

• A Playbill Swag Bag with merchandise from PlaybillStore.com

TOP 10 PRIZE
The Top 10, as chosen by the judges, will each receive auditions with Tony-winning director-choreographer Jerry Mitchell as well as with Stewart/Whitley Casting, for consideration for their individual upcoming projects.*
*Transportation/accommodations to in-person auditions are not included. Virtual auditions will be available.


FREQUENTLY ASKED QUESTIONS
Can I enter if I will turn 16 during the contest dates?
We cannot accept entries unless the auditioner is aged 16 years or older at the time of the audition submission. If you turn 16 during the submission period, please submit your audition on or after your birthday. If you are not 16 by the close of the submission period on July 28, you will not be able to enter.

Can I enter if I live outside the United States?
Playbill’s Search for a Star is only open to residents of the 50 United States, the District of Columbia, the U.S. Virgin Islands, or Puerto Rico.

How long can my audition be?
Audition submissions should be no longer than one minute in length.

If you have other questions, contact Playbill at [email protected].